Rabbi Aryeh Sufrin, together with his wife Devorah, moved to Ilford, Essex in 1983, following in the footsteps of his parents who moved to the area in 1976. The first Chabad House of 1500 sq foot was opened in 1983. In January 2001 Chabad moved into its new and refurbished 4,000 sq foot Centre. It houses its synagogue, The “ADS” Lending Library, named after Rabbi Sufrin’s late father, Rev Aron Dov Sufrin z”l, who passed away in 1997, now named the “ADS & Hennie” Library, following the passing of Mrs Hennie Sufrin in 2010,Judaica Shop, Hebrew Classes, counselling services.

Rabbi Sufrin founded Drugsline a unique non denominational chemical abuse programme which he headed for 23 years and closed in 2012. Using his expertise and knowledge gained Rabbi Sufrin, himself a licensed substance misuse counsellor continues to support individuals and families in crisis, in addition to holding the post as “consultant” to Norwood Drugs Line.

In 2014 Rabbi Sufrin together with his wife Devorah launched a 5 year development and growth plan for Chabad of North East London & Essex, which is now successfully being implemented.

Rabbi Sufrin is Rabbi to our own Synagogue, Beis Hamedrash Chabad. 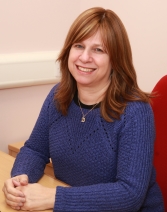